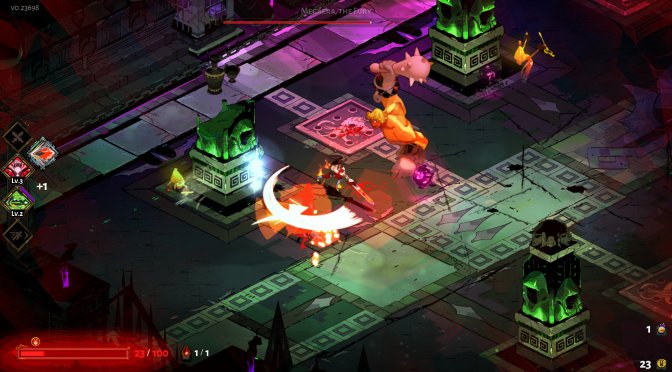 Supergiant Games has announced that its rogue-like dungeon crawler, Hades, has sold one million copies worldwide. Hades was initially released in Early Access and according to the team, around 700K PC players purchased the game during its Early Access period.

700,000 of these were during our Early Access development. To all our Early Access players: Thank you so much. We designed Hades for Early Access, believing you could help us make a better game. That's just what you did. #HadesGame pic.twitter.com/ueuG4lDMz8

Hades is a god-like rogue-like dungeon crawler. The game combines the best aspects of Supergiant’s previous titles, including the fast-paced action of Bastion, the rich atmosphere and depth of Transistor, and the character-driven storytelling of Pyre.

As the immortal Prince of the Underworld, players will wield the powers and mythic weapons of Olympus to break free from the clutches of the god of the dead himself. Players will also grow stronger and unraveling more of the story with each unique escape attempt.

The game currently has overwhelmingly positive reviews on Steam. Furthermore, Supergiant is offering the game with a 20% discount until September 24th.