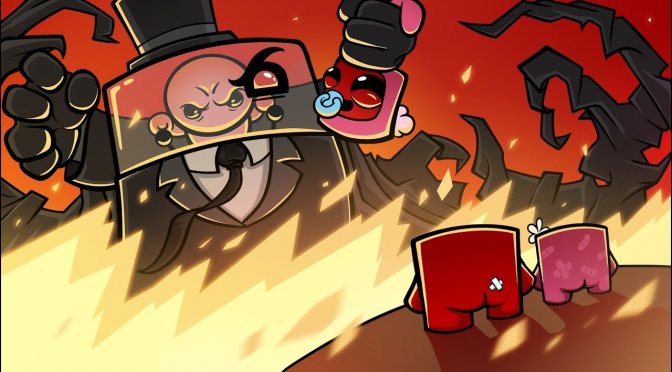 This much anticipated sequel also moves the Meat Boy saga forward, as Meat Boy and his partner Bandage Girl have had a child, Nugget, who has unfortunately been kidnapped by the sinister stillborn psychopath, Dr. Fetus. So now it’s up to Meat Boy, Bandage Girl, and some surprising new characters in the Meat Boy Cinematic Universe, to rescue the kidnapped child.

Meat Boy now packs a punch with an oversized, Battletoads-esque right fist. As such, and combined with new slide and plummet maneuvers, Meat Boy is more agile than ever.

Super Meat Boy Forever also features randomly generated levels. Thus, and each time players complete the game, the option to replay the game appears and generates a whole new experience by presenting different levels with their own unique secret locations. Players can replay Super Meat Boy Forever from start to finish several times before ever seeing a duplicate level.