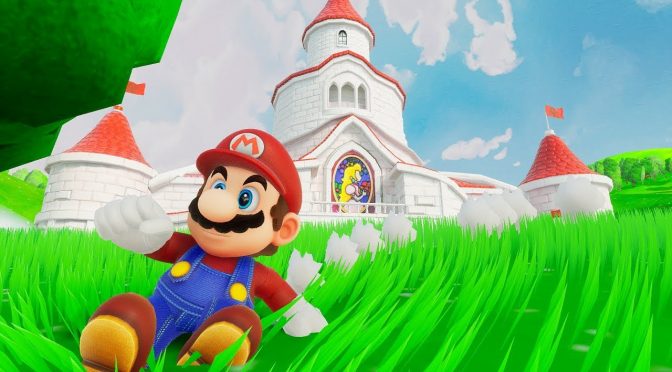 Mario fans, here is something special for you today. As promised, CryZENx, best known for his amazing Zelda fan remakes in Unreal Engine 4, has released the first version of his Super Mario 64 recreation project in Unreal Engine 4.

This first version lets you explore the opening area of the game, before entering the castle. Players can swim, jump and run. Mario also features almost all of his moves from Super Mario 64.

What’s really cool here is that CryZENx has stayed really close to the aesthetics of the original Nintendo 64 game. This fan remake feels like the Super Mario 64 game you played back in the 64-bit era, though it – obviously – looks better than it. It’s a perfect mix of nostalgia and modern-day visuals