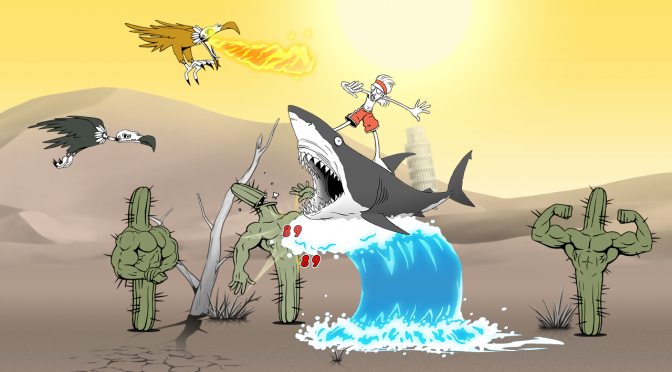 Dan & Gary Games has announced that its RPGvania with a brawler-style combat system and hand-drawn comic aesthetic game, Super Daryl Deluxe, will come out in April 2018.

The game is set inside of a perfectly normal, sprawling, multi-dimensional high school. In it, players will take the role of Daryl. Daryl will have to find out what’s happening at Water Falls and how it connects to whatever happened 40 years ago.

Super Daryl Deluxe will feature over 15 hours of story with a focus on humor and minimal plot holes. It will also offer players 40 skills, and will let them upgrade their character. The game promises to feature hundreds of characters and a sumptuous open world. Moreover, it will include hidden areas, secrets, and rare items.

In order to celebrate this announcement, Dan & Gary Games has also released a new trailer for Super Daryl Deluxe.