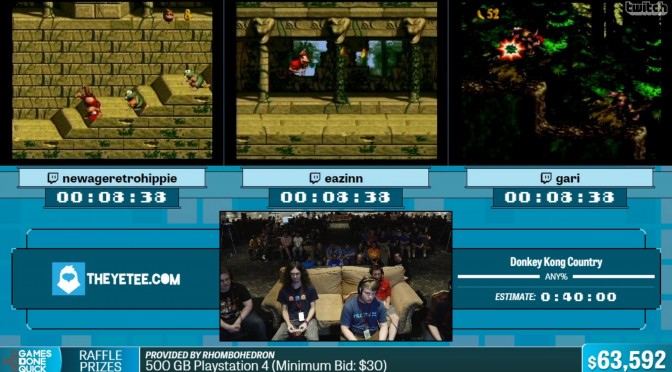 Summer Games Done Quick is one of our most beloved marathon events. During this event – that usual lasts seven days – we get to see speedrunners blasting their way through well known games. This year’s event has just started and will end on August 2nd. During this event, viewers can donate money, and all of the donations are sent directly to the Doctors Without Borders. You can find below the stream link via which you can view the whole event, though we strongly suggest visiting its official website in order to donate anything you want. Enjoy!