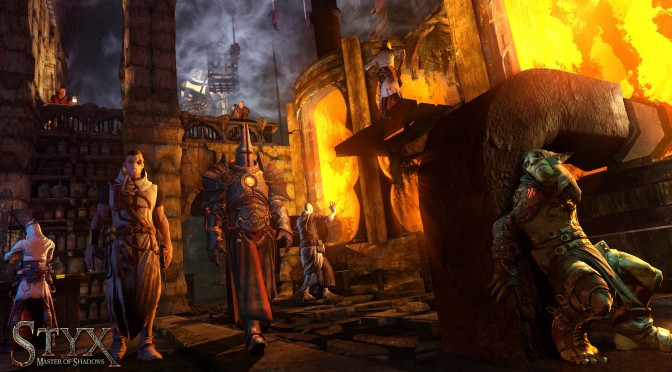 Focus Home Interactive announced today that the official website for its stealth-infiltration game, Styx: Master of Shadows, has been launched. In addition, the publisher has released a new Summer trailer for it that can be viewed below.

As the press release notes, this Summer Trailer invites players to follow Styx, the two-century old Goblin whose main occupation is thievery and assassination, as he begins infiltrating the huge Tower of Akenash.

“It is in this immense tower that is jealously kept hidden by elves, humans and other fantasy creatures, the World-Tree and its Heart, source of the precious Amber. This is the final objective of Styx, who today demonstrates a few of his skills and special powers, that will be of great help to make a silent way to his goal.”

Styx: Master of Shadows will hit PC, PS4 and Xbox One in September.