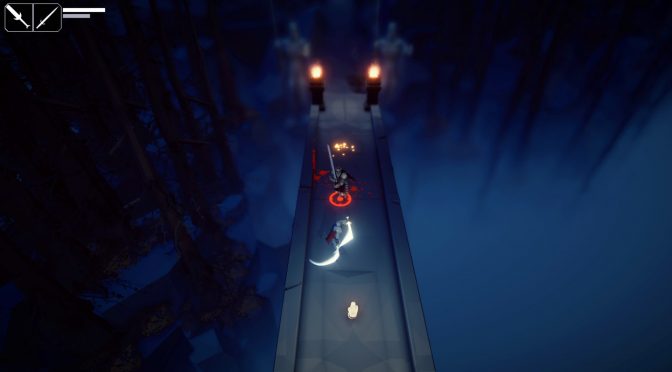 Independent studio RuneHeads has released their new story-driven dungeon crawler Fall of Light, located in a world of darkness players will battle through what seems like a very immersive atmosphere in hopes of reaching the only place on earth that draws light.

The best way to describe this game according to ‘IKnowYourGame’ is “Dark Souls meets ICO”  and me personally being a Dark Souls fan I can agree just based off watching the trailer that there is a pinch of Dark Souls inspired content in this game. Fall of Light starts players with their character ‘Nyx’ whos main goal is to get himself and his daughter Aether to the last light source he world has before the darkness completely consumes their world.

Just like Dark Souls you will be facing difficult enemies and will have to be using an array of different weapons to progress through each of the levels.  To make your life that much more difficult players will also have to be avoiding numerous traps and also solving puzzles, so you won’t be able to brutally smash your way through this game if that was your plan (still give it a shot).

Concluding the game is three endings that players can experience for which one of these endings will reveal the true metaphor that the game touches on.

“In the beginning, there was only an excruciating, screaming void, wherein twisted souls writhed about, imprisoned in nothingness. Then the darkness was pierced by Luce, and with her came warmth and order. The time of men had begun, and would last many eras. But the 14th era is one of Darkness…”

Here is a list of the features within the game:

At the moment Fall of Light is discounted to $13.49 down from it’s original price of $14.99, if you are interested in the game the link to the Steam store can be found here!