As we can see in the following graph, yesterday there were 8,156,455 online Steam users. That’s the biggest number of concurrent users we’ve ever seen, and we’re now wondering whether Valve will be able to push it to 10 million concurrent users.

Moreover, we can see that both DOTA 2 and CS: GO are the most played games currently (at least today). What’s also interesting is how popular Skyrim still is, and how Arma 3 has managed to top other triple-A titles like Far Cry 4 and Call of Duty: Advanced Warfare. 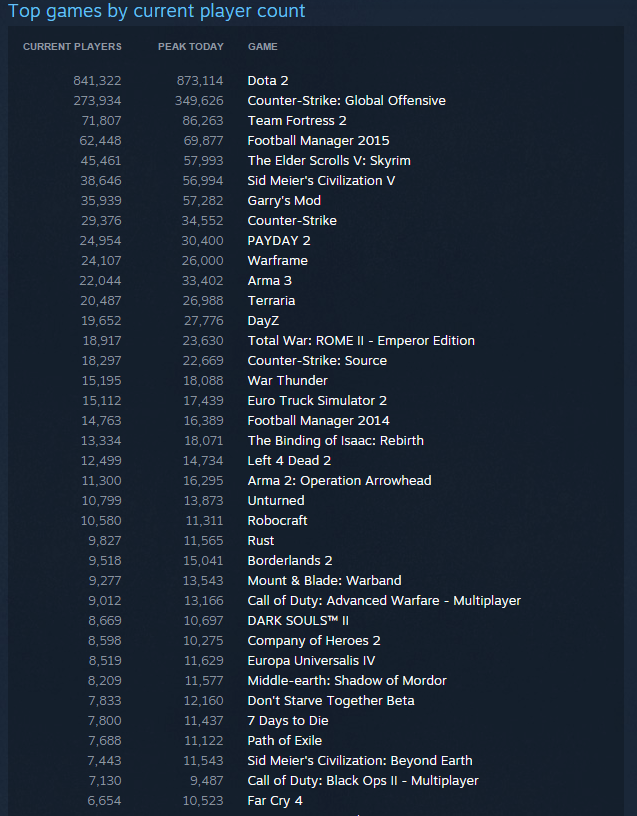