The sixth and final day of Steam’s Autumn Sale has been launched, and PC gamers can find some new and interesting deals. So, today guys you can get The Witcher 2, the entire Alan Wake series and Legend of Grimrock with a 75% discount. In addition, Modern Warfare 3 comes with a 50% discount (and is priced at 29.99€), as is Counter-Strike: Global Offensive that is priced at 5.49€. You can find all of today’s special deals below. Enjoy! 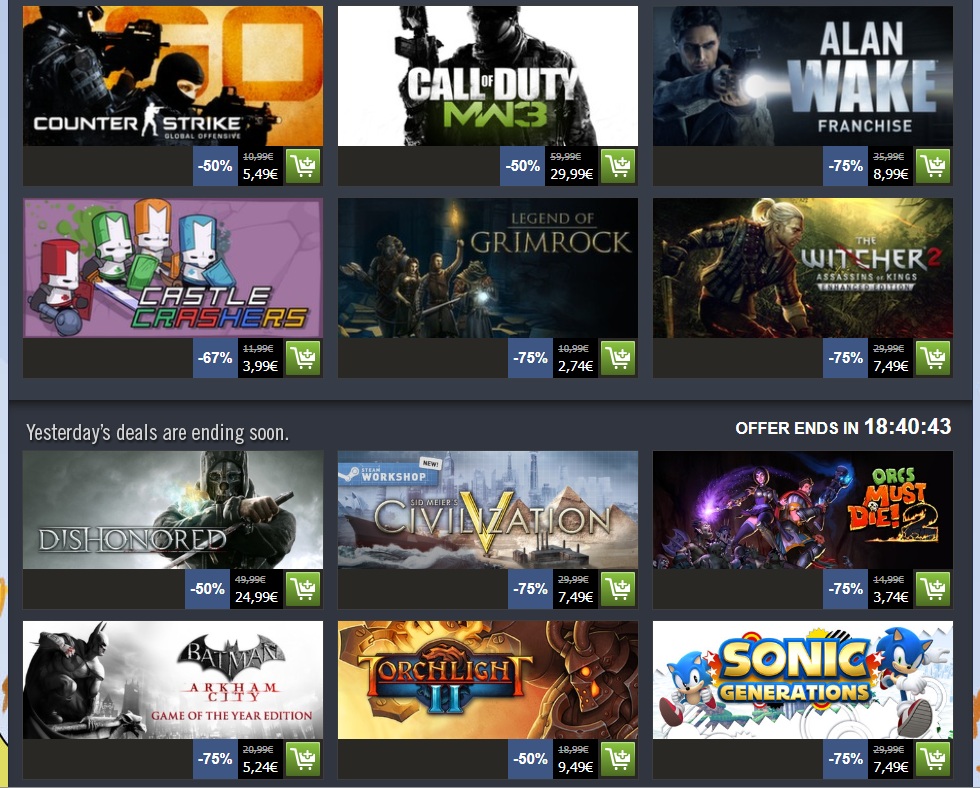