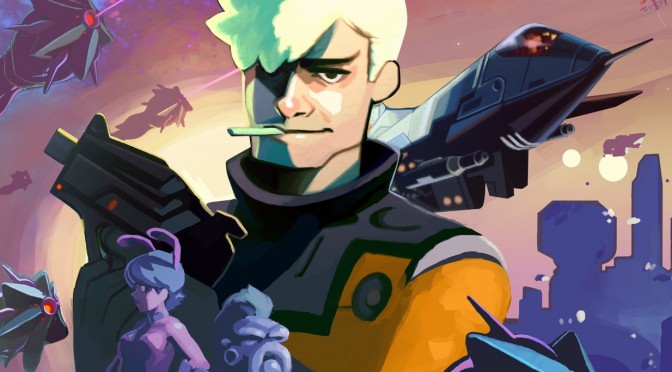 It’s really rather simple but I’m not quite sure I’ve ever seen a game do it before regardless. Starr Mazer, currently undergoing a kickstarter campaign, combines shmup gameplay with the point and click adventure genre. It looks pretty good while doing so too.

Outside the genre combination the game appears to be doing some interesting things like recording your decisions, how you enter and leave each chapter to effect how future chapters play out. Most interesting to me however, is how they’ll be handling the shmup sections of the game. They’ve come up with something of a hybrid between designed vs. randomly generated. Instead of generated shmup sequences the player goes through each shmup segment by playing through pieces that were randomly placed one after the other but which were, themselves, designed by the developers. Its soundtrack also features contributions from Manami Matsumae of Mega Man fame.

If anything, go check out the kickstarter just for the cool gifs.