E3 2021 is only a month away and most publishers are currently preparing their lineups. According to Bloomberg’s Jason Schreier, Starfield will be present at this gaming event. However, and according to Jeff Grub, Elden Ring and Hellblade 2 won’t be present.

What this basically means is that we may get an in-engine or cinematic trailer for Starfield.

Schreier also claims that the rumored 2021 release date for Starfield was false. 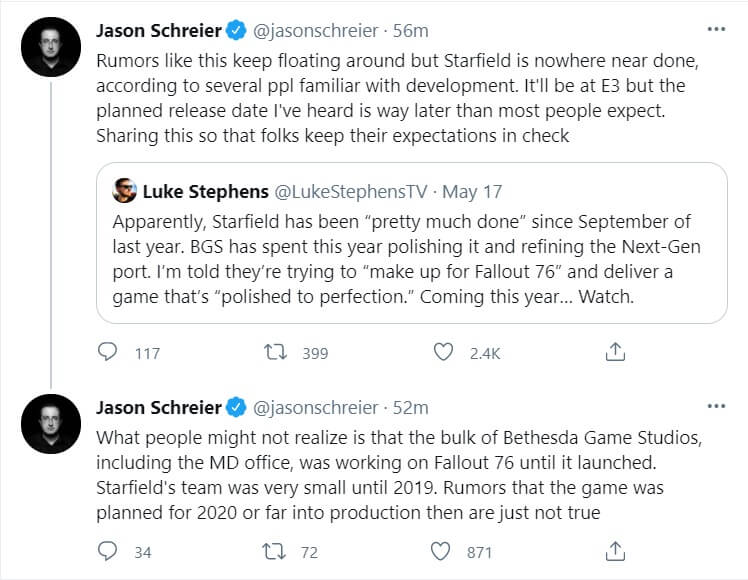 As for Hellblade 2 and Elden Ring… yeah… we don’t really have anything additional to say about them.

Kadokawa Corp, the parent company of FromSoftware, now plans to release Elden Ring after March 2022. Back in March, we shared some leaked gameplay footage from this highly anticipated game. Our guess back then was that FromSoftware would reveal a new trailer at E3 2021. If Elden Ring won’t be present at E3 2021, we can assume that Bandai Namco plans to release this trailer at Gamescom 2021.