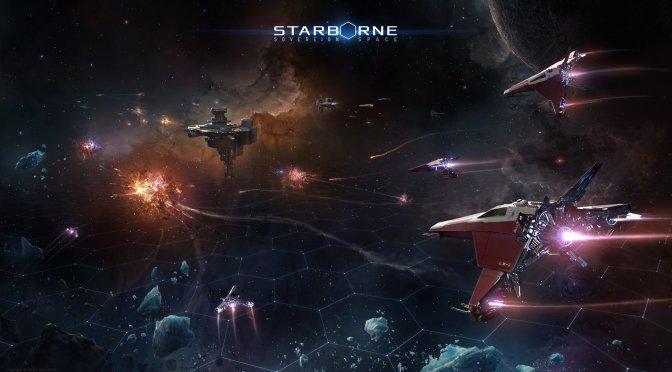 Solid Clouds has announced that the open beta phase for Starborne will begin on April 2nd. Starborne is a science-fiction MMORTS that had 180,000 registered players during its Alpha phase. As the press release reads, Starborne’s open beta will have a brand new game map. Moreover, it will have dedicated safer starting zones and higher resource yielding areas that will incentivise expansion and make the game more dynamic.

For the first time ever, there will be three unique ways to win a game of Starborne; Military conquest deep in the galaxy, industrial superiority, or domain by controlling the most amount of space. Additionally, there will be a core focus on making the game more robust and new player friendly.

“I’m so proud of the new map design. It really manages to condense all the lessons we’ve learned over the past 5 years. With it, we are both catering to more play styles and also able to supercharge the deeply player-driven political side of the game.“

Here are also the key features of Starborne’s Open Beta: