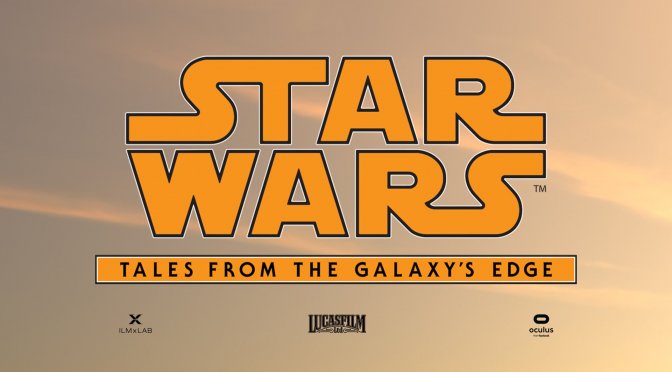 ILMxLAB has announced a new Star Wars VR game for Oculus Quest. Star Wars: Tales from the Galaxy’s Edge will release later this year, and will be a new action-adventure experience. Furthermore, ILMxLAB has shared the game’s reveal trailer that you can find below.

As the team has noted, Star Wars: Tales from the Galaxy’s Edge will include multiple styles of gameplay and difficulty settings to bring in a wide variety of players.

“Your in-experience character is a droid repair technician. Following a crash landing on Batuu as a result of a pirate attack, you’ll quickly be swept up into a grand adventure on the outskirts of Black Spire Outpost. Chatting with Seezelslak in his cantina, you’ll find yourself transported to other locations and times in the Star Wars galaxy, spurred on by his larger-than-life tales.”

So yeah, from the looks of it this won’t be a ride-in experience of Star Wars: Galaxy’s Edge. Instead, there will some form of gameplay. Or at least that’s what Oculus and ILMxLAB claim.

Enjoy the following reveal video and stay tuned for more!