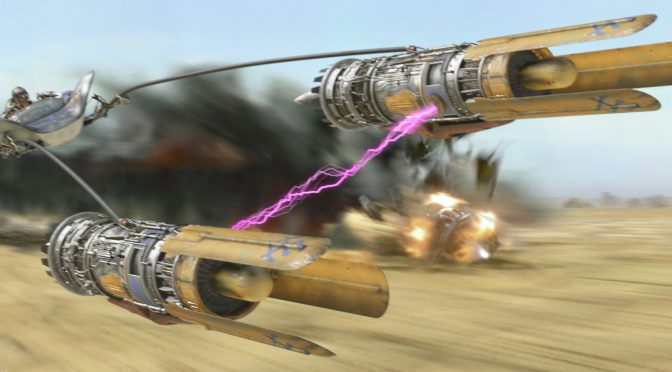 Back in January, we informed you about a fan remake of Star Wars Episode 1: Racer in Unreal Engine 4. However, it appears that this wasn’t the only fan remake that was under development. Another one has just been released and is available for download to the public.

YouTube’s ‘Bluedrake42’ has shared this remake and I’m pretty sure that it’s not the same with the one that Cagnani is currently working on. So yeah, this is something really cool that most Star Wars fans will appreciate.

This Pod Racer remake lets you race alone or against AI enemies in one stage. There is also a multiplayer option but I’m not certain whether this is for online play (which seems unlikely) or for local multiplayer (this seems more likely).

Since this remake has already been released, we are certain that Disney and Electronic Arts will not be able to take it down (as others will be hosting it once the available download links expire).

Those interested can download the Star Wars Episode 1: Racer remake in Unreal Engine 4 from here or from here.