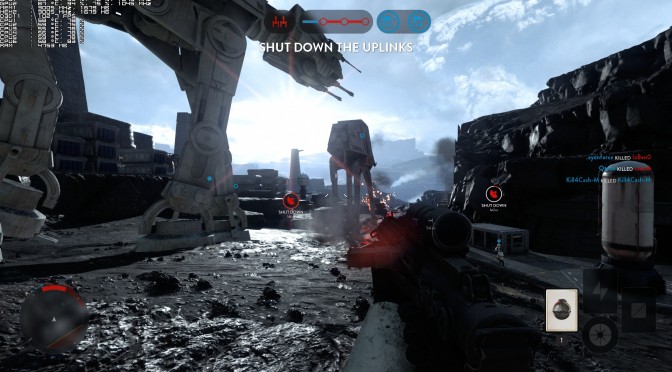 DICE has announced that Star Wars: Battlefront will receive an offline mode on July 20th. According to Dennis Brannvall, Lead Designer of Star Wars Battlefront, the new offline mode – called Skirmish – will be available starting July 20th and will offer players the option to play offline against bots in a solo mission.

Skirmish can be played on a difficulty level of your choosing and across two modes, Walker Assault and Fighter Squadron.

“With multiple locations that span the galaxy, from the frozen planet of Hoth to the lava encrusted planet of Sullust, we hope Skirmish brings players a new way to enjoy Star Wars Battlefront.”