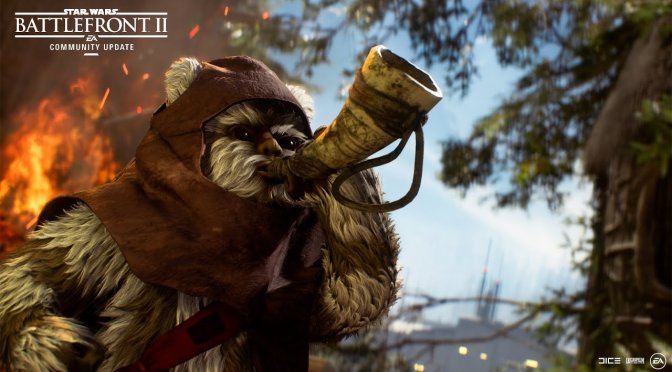 Electronic Arts and DICE have released a brand new update for Star Wars Battlefront 2. The Age of Rebellion is now available for download and adds Age of Rebellion Co-Op locations, as well as two new Reinforcements.

In addition, The Age of Rebellion Update packs some Quality of Life improvements. For instance, it changes the map layout for improved Heroes Vs. Villains and Hero Showdown gameplay on Yavin 4 and Geonosis. It also allows players to spawn on AI as fellow squad members on Instant Action. Not only that, but there are major visual updates on the PC Chat window.

Alongside these QoL improvements, there are also some general and gameplay tweaks and fixes. For example, this patch improves the visibility of weapon stats under certain colorblind profiles. It also fixes an issue that could cause rubberbanding when the player is dashing away after being close to a Lightsaber opponent making the first charge.

As always, Origin will download this patch the next time you launch its client. Below you can also find a new trailer, dedicated to this latest update. For the full patch notes, you can head over at the official website.