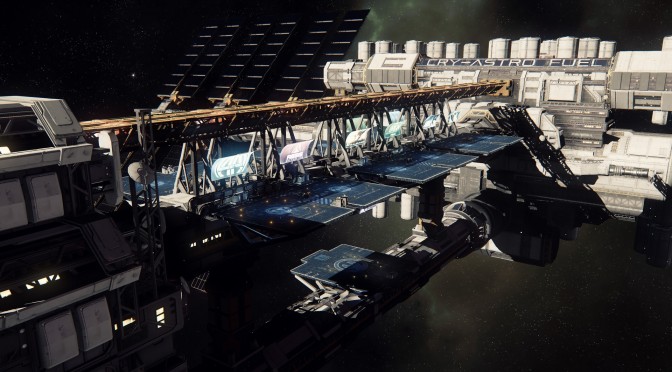 “Alpha 2.0 is a major breakthrough for Stars Citizen. It represents the first true slice of gameplay that includes much of what Star Citizen will bring to our fans: thrilling space combat in a massive play area, first person battles and multi-crew ships where you and your friends can adventure together in a portion of the universe on the same ship. It’s all technology that has never been undertaken to this scale and depth before in our industry.”

Some of the other features in Star Citizen Alpha 2.0 are:

Fans of Star Citizen continue to support the game in record numbers. There are now more than one-million “citizens.” There are more than 32-thousand fan-created organizations, the largest of which numbers more than 11-thousand people. Many players are active participants in forums, fan events, live streams, social media, and other events designed to give backers direct access to the dev team creating the game.

“We are forever grateful for our backers and fans. They been there from the beginning when we launched Star Citizen’s funding campaign three years ago. And they’ve helped create the most passionate and loyal community in our industry. They are helping us every step along the way in creating the best damn space sim ever.”