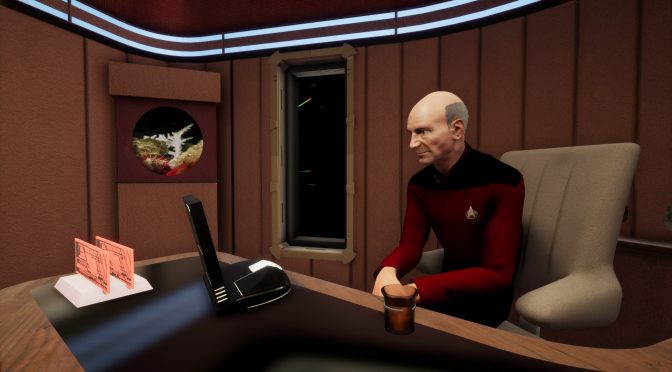 Once the ship is completed, the team will be adding in some subtle easter eggs and create different things to interact with in each room. Furthermore, the LCARS displays will one day allow players to perform various actions in the game by pressing buttons on the displays.

What’s really cool here is that there is a version of this project that you can go ahead and download right now. Not only that, but there is a VR version too that supports both the Oculus Rift and the HTC Vive VR headsets.

Those interested can download Star Trek The Next Generation Unreal Engine 4 from here, and below you can find the key features of its latest version (as well as some screenshots). Kudos to our reader HAL9000 for informing us!