Gunslinger Stratos a fast-paced, third person action game featuring four man teams battling each other. The game features hundreds of different weapons and some real world locations like the world-famous Shibuya area of Tokyo, which are being rendered with the help of Umbra’s integrated occlusion culling middleware. Gunslinger Stratos will be released in the arcades in the summer of 2012 in Japan.

Umbra is a rendering optimization middleware that is used to improve frame rates and help to create visually striking game worlds. Umbra does this by optimizing critical parts of a game such as rendering, audio and game logic. Umbra automatically generates portals in preprocess which are used for highly-efficient occlusion culling taking away tedious manual work traditionally required from artists. 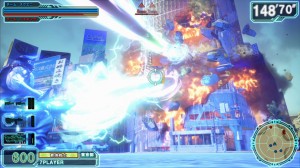 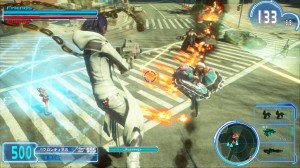