Earlier today, Bloomberg claimed that some companies were interested in purchasing Square Enix. And, apparently, this article forced Square Enix to issue an official statement. According to the company, these rumors are false and there are no such plans right now. 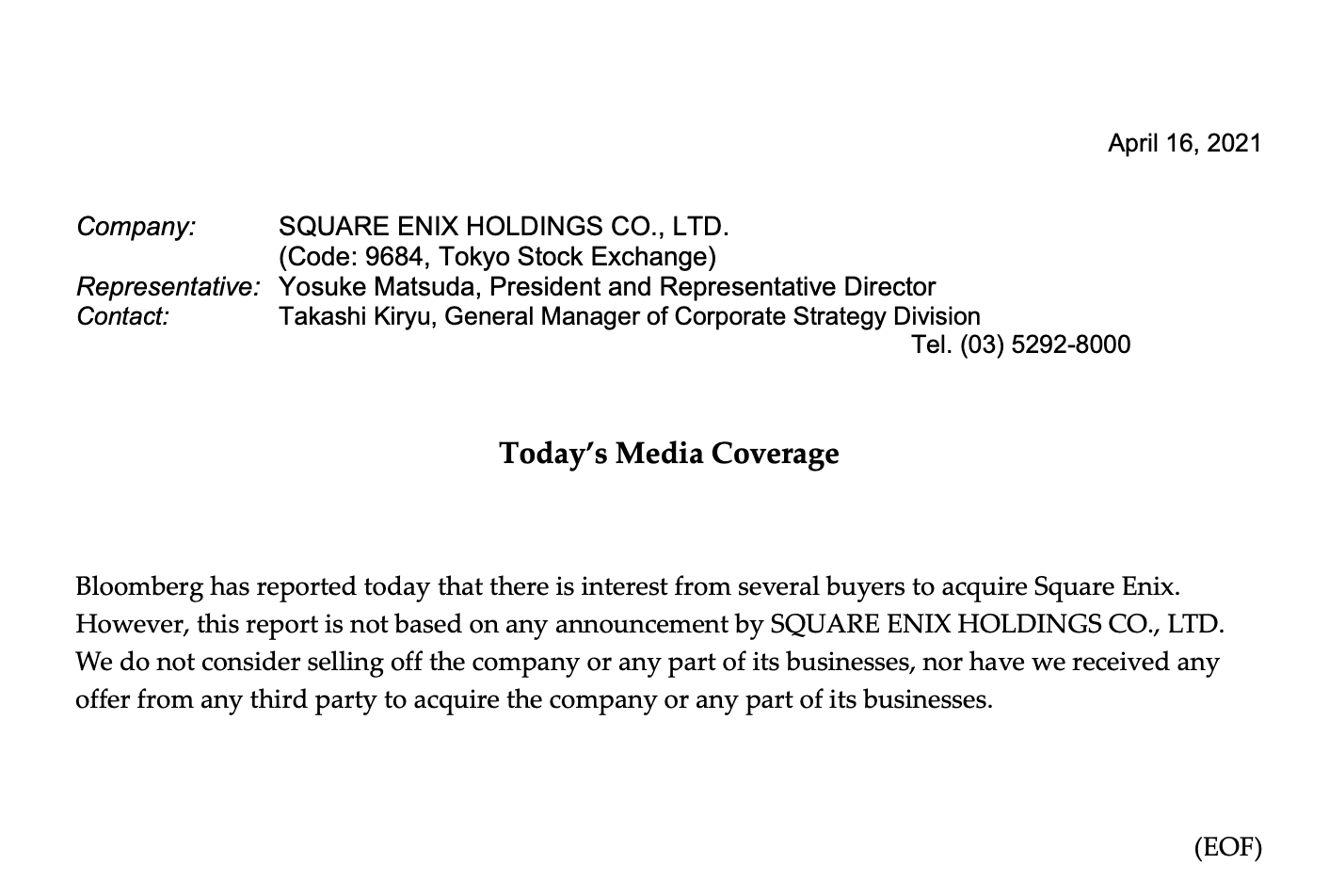 It will be interesting to see what will happen in the future. After all, no one believed that MS would acquire Bethesda a couple of years ago.