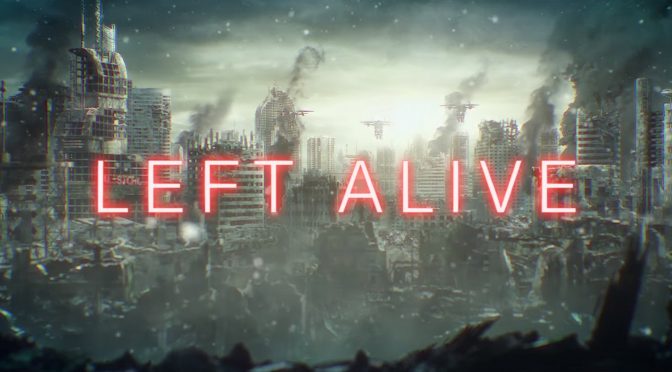 Square Enix has not slowed down since their release of Final Fantasy XV, keeping the ball rolling with a brand new announcement teaser trailer for the upcoming “survival action shooter” – Left Alive.

Left Alive is a mech “Survival Action Shooter” which is to be released sometime in 2018. There isn’t really much we can see from the trailer above besides mechs as well as a destroyed city in the background. To accompany this teaser Square Enix has only given us a few words describing the game:

“Survival action shooter” set in a “dark and gritty world.”

The biggest thing this trailer has going for it is the development names, Toshifumi Nabeshima (Armored Core), Yoji Shinkawa (Metal Gear Solid) and Takayuki Yanase (Ghost in the Shell) which all have substantial credentials in the mech building/designing field.

Hopefully we hear some more about Left Alive in the closing months of this year as I would personally like to see a mainstream mech game take a little bit of the spotlight away from Player Unknown’s Battlegrounds!