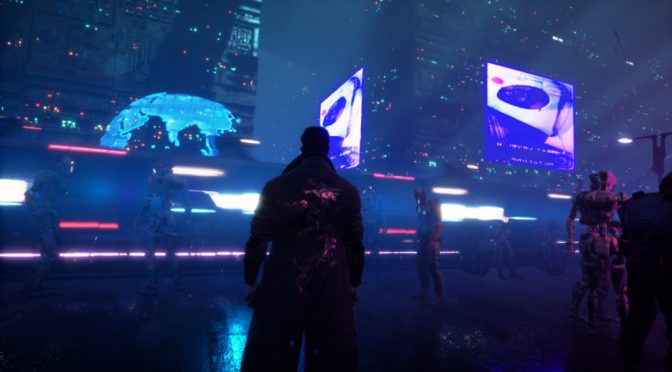 NasNakarus is working on a cyberpunk indie game in Unreal Engine 4 that looks absolutely incredible. Although we don’t have enough information about it, it appears that Vigilance will have both a first-person and a third-person viewpoint.

In order to show off his game, NasNakarus has released the following two videos. These videos showcase the visuals of the game’s current version. They will also give you an idea of what you can expect from this indie title.

NasNakarus claimed that the next video update will focus on gameplay, so we are really looking forward to it. From what we can see so far, Vigilance has an amazing art style and atmosphere. This feels like a mix of Blade Runner and the cancelled PREY 2 game.

As said, this is an indie game so you should temper your expectations. I also don’t know whether its creator will be able to complete and finish it. The game appears to be in a really early stage so you won’t be playing it anytime soon… unless of course NasNakarus releases a pre-alpha demo.

Vigilance will be mainly based on bounty hunting and might have some parkour elements as players will have to be chasing some bounties. NasNakarus also wants to add a lot of detective aspects where the player will have to solve puzzles, riddles that are related to murders and bounties.

Vigilance certainly sounds great – and will appeal to all PREY 2 fans – so here is hoping that its developer will keep working on it.