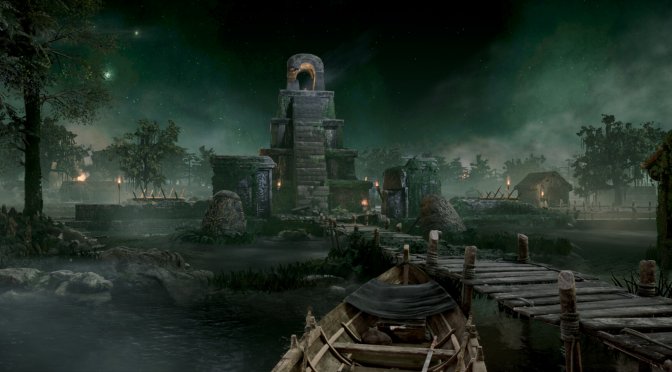 Enviroment Artist, Toni Dorotic, has recreated Diablo 2’s Kurast Docks in Unreal Engine 4. And while this is a one-man project, it will give you a small idea of what a 3D Diablo game could look like in Epic’s engine.

Dorotic has modeled and textured everything in the scene, except of the water which comes from the Epic Marketplace. And in order to showcase this map, the artist released the following video.

Unfortunately, this map is not available to the public. As such, you can’t run it and experience it for yourselves. And, since this is a Diablo 2 level, we don’t expect to see a public version of it anytime soon.

I’m also aware that some of you won’t like its 3D direction. To be honest, I’d also prefer a 2D remaster of Diablo 2. Still, it’s pretty cool witnessing these old and classic titles, re-imagined as 3D games/projects.