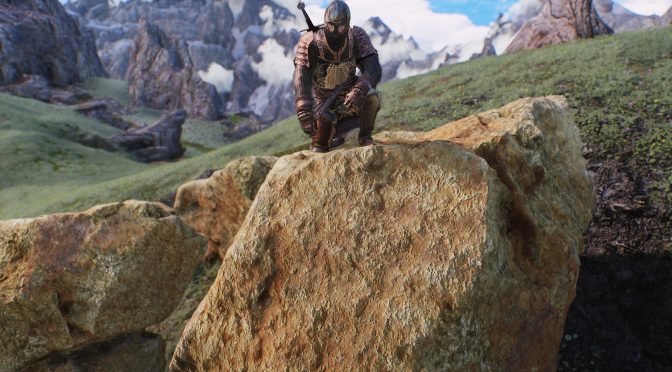 Modder ‘jd941’ has released a brand new 4K texture pack for The Elder Scrolls V: Skyrim that greatly overhauls its rocks. JD has used photogrammetric images of rocks and replaced the original and blurry textures with them.

We should note, however, that these images were not captured by the modder. Instead, jd941 used the photogrammetric rock images that are available on Sketchfab. Still, the end result looks great so you should download this 4K texture pack as it will noticeably improve the game’s visuals.

Moreover, jd941 may also replace the rock piles and mountains in a future update.

This isn’t the first Photogrammetry mod for Skyrim. Back in December, we informed you about a Photogrammetry Texture Pack that replaced/updated/improved the classical standard tree stump that spawns in all forests, muchrooms with custom flora around them, and the tree forest birch stump.