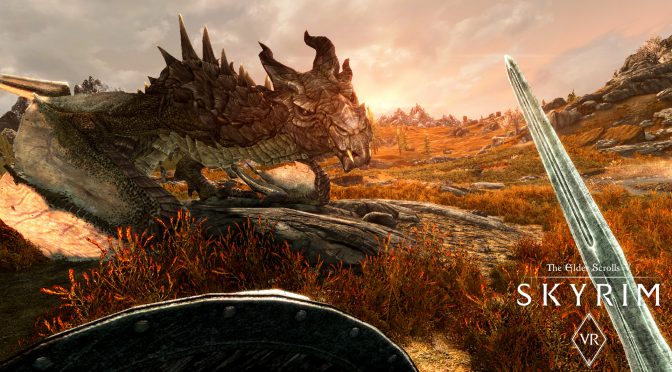 Bethesda announced today that its critically-acclaimed The Elder Scrolls V: Skyrim is expanding its frontier and is now available on PC through SteamVR. The release includes the complete core game as well as its official add-ons – Dawnguard, Hearthfire and Dragonborn – all in one package for PC users.

As the press release reads, PC players can now experience the genre-defining epic fantasy masterpiece on SteamVR on all supported devices.

Skyrim VR reimagines battling cursed Draugr, exploring rugged mountainsides and hunting fearsome, ancient dragons to be more immersive than ever before. Aided by made-for-VR control schemes allowing players to move, hack and slash at foes, and cast powerful magic with real-life movements, adventurers now have the control to explore the world of Skyrim any way they choose.

In addition, Bethesda revealed the game’s official PC requirements that you can find below.