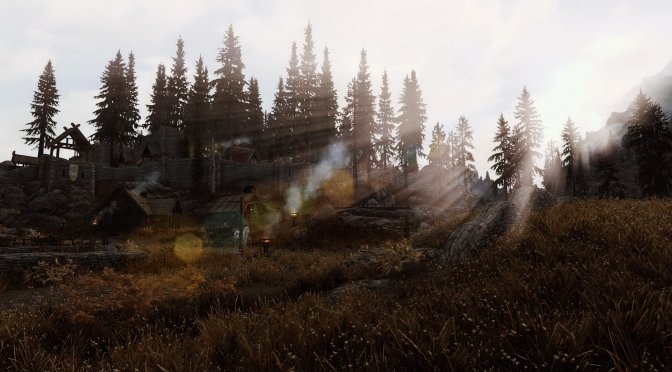 Over the past few months, we’ve shared a number of Texture Packs for The Elder Scrolls V: Skyrim. However, there are gamers out there that would prefer a single pack with a lot of textures for numerous objects. And today, we are bringing you such a HD Texture Pack.

Modder ‘luxor8071’ has released a 10GB HD Texture Pack for Skyrim Special Edition that features thousands of 1K, 2K and 4K textures. As said, this pack is ideal for those that do not want to search the Internet in order to find out the best packs for skyboxes, snow, furniture, interiors, etc.

Going into slightly more details, this pack adds new high quality textures for architecture, skies, clutter and dungeons. It also improves the textures of various effects, like whitewater and candleflames. Moreover, it adds new textures for both the Dawnguard and the Dragonborn DLCs.

The modder has also released some screenshots in order to showcase his mod that you can find below.