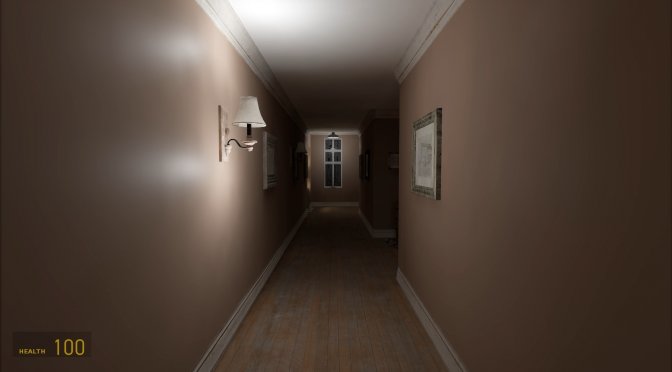 AmbientDruth has released a new cool mod for Half-Life Alyx. As the title suggests, this mod remakes Silent Hills P.T. in Half-Life Alyx. As such, PC gamers can now experience this “Playable Teaser” in VR and in the Source 2 Engine.

This first version of the P.T. mod for Half-Life Alyx features a looping corridor, radio ambience, the red corridor ending and paper bag that talks to you. Moreover, it includes Lisa’s voice, light ambience, as well as rain ambience.

In future versions, the modder plans to include more creepy triggers and random radio turn off and on moments. Furthermore, AmbientDruth will add door audio sound, will improve all textures, and implement accurate lights and props. Additionally, he will add a flashlight, longer hallways, proper endings, better spawn room textures and some Easter Eggs.

YouTube’s William McMahon has also shared a video, showing this mod in action. Thus, and if you don’t own a VR headset, you can at least watch someone playing this P.T. remake.

To his credit, AmbientDruth came really close to the real thing. Yes, there are some graphical differences, however, this is a pretty solid initial version. Let’s hope that the modder will keep working on it so he can improve it.

You can download this Silent Hills P.T. Remake in Half-Life Alyx from here.