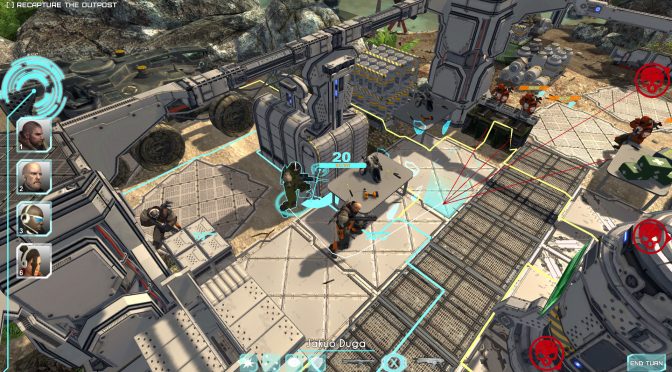 Our reader ‘OnnA’ has informed us about a new strategy game that is currently under development for the PC, Shock Tactics. Shock Tactics is set to be a single player turn-based sci-fi strategy game with tactical combat, exploration, squad management and base building.

According to the developers, the game is inspired by the space western style of Firefly, the massive weapons of Warhammer 40k and turn-based games like Jagged Alliance and X-COM.

In Shock Tactics, players take the role of trailblazer:

“You are a trailblazer for the first wave of the free Space Pioneers that are exploring an ancient alien homeworld. In their century old struggle with the dictatorship of the Imperial Consortium, this planet is the first real hope of finding a new home for their people.”

Shock Tactics is currently in alpha stage, and here are its key features:

Point Blank Games aims to show Shock Tactics live gameplay for the first time at the DevGAMM in Hamburg 10.-11 this September.