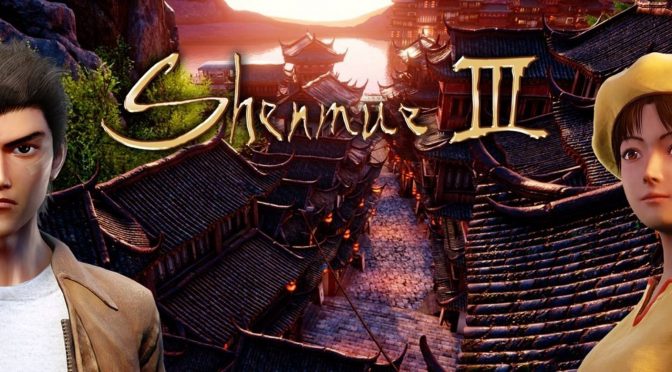 The creator of the Shenmue franchise Yu Suzuki has confirmed that the third instalment into the series will be very relatable to older fans of the game.

In a very recent interview with Metro Yu Suzuki has said that the highly anticipated upcoming RPG will be released sometime in 2018. Even though it has been delayed until next year older fans of the game will be delighted to know that Shenmue III will be “very similar to the original.”

Here is what Yu Suzuki said in the interview:

“The style of game will be very similar to the original, but we will of course be adding some new features as well. The style of control from the original game is one thing that will be updated, but that is natural given modern controllers and the advance of that type of technology.”

“I don’t think it’s necessary to change the basics of the gameplay. If I change it too much the existing fans will be very upset. Although I am always making up new ideas and things to add to the game, which can be a problem for my team who are trying to implement these ideas.”

“At the moment we are trying to keep it to 30% new and the keep the other 70% of the game similar to the original. But the design is constantly changing and I am always coming up with new concepts that we can try to add to the game if there is the opportunity.”

“But it is not just the progress of video games technology that has changed over the years. Over all this time I have been watching many movies as well, like over 800 movies or so in the last 15 years, and they also become an influence on the game and I take elements from them I think could be used to fit Shenmue III.”

“So I have broadened my experience in many areas that will impact the game. But of course we have to deal with different resources with Shenmue III. With the original there was a much bigger team and budget, so I must carefully select what goes into the new game.”

Shenmue III will be released sometime in 2018 on the PS4 and the PC.