Remember Shaq Fu? No? Then you are lucky. Shaq Fu was one of the worst fighting games ever, and it’s about to get a sequel. Normally I would facepalm and start yelling but (wait for it) you know (waaaaaaait) this may turn into an above-average game (noooooooow: aaaaaaaaaaaaaaaaaahhhhhhhhhh).

Shaq Fu: A Legend Reborn is being developed by Big Deez Productions who has launched an IndieGoGo campaign for it. The team aims to raise $450K.

“There are two, and only two, similarities between our Shaq Fu, and the abomination that was born in the nineties: The name, and the starring character.

We are gamers, not executives. We know what’s good and we know what stinks. This isn’t about trying to make a quick buck, it’s about creating something that both we and Shaq can be proud of. We want to make a slick, fun, rock-solid game.”

It will be interesting to see whether fans will back this project up.

For the time being, enjoy its IndieGoGo videos! 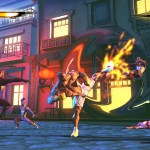 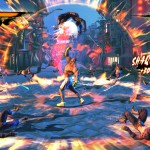