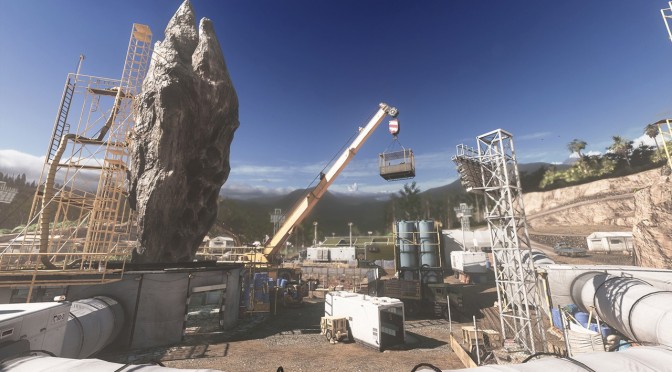 Activision today revealed the second DLC pack for Call of Duty: Ghosts, called Devastation. According to the company, the DLC Pack features four new small to medium-sized multiplayer maps, including a mountaintop Mayan temple, a mangled container ship, a giant excavation digger in South America and a fully reimagined version of Infinity Ward’s fan-favourite map “Dome” from Call of Duty: Modern Warfare 3 – each with their own unique Field Order.

In addition, there will be the all-new “Ripper” tactical 2-in-1 weapon and “Episode 2: Mayday” – the gripping second chapter in Extinction’s four-part episodic narrative which includes multiple mod-able versions of the Venom-X weapon and closes with a battle against a monstrous, 100-foot tall Cryptid alien boss, aptly named the Kraken.

“The Devastation DLC Pack continues the fast-paced, fun and imaginative gameplay that Infinity Ward and Neversoft began with Onslaught. Ghosts’ DLC is much more than just new multiplayer maps. The teams have added new weapons; the next intense continuation in Extinction’s four-part, episodic narrative; and another epic, action film character soon to be revealed. Devastation, like Onslaught before it, is a ton of fun and we can’t wait for the community to experience it all.”

Call of Duty: Ghosts Devastation DLC is coming first to Xbox Live on April 3rd. There is no ETA yet for the PC version but we expect to see it hitting our platform one month afterwards. Enjoy!