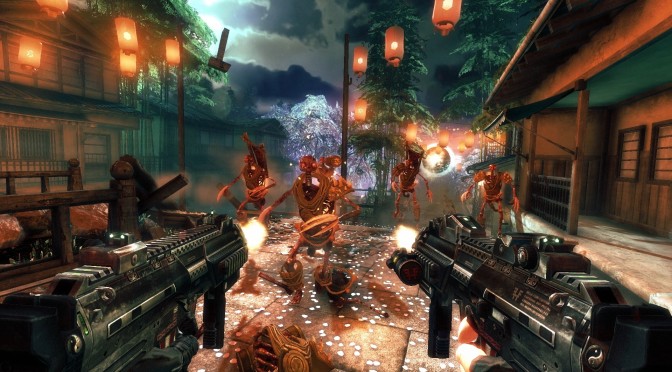 A couple of hours ago, a massive update for Shadow Warrior was rolled out, adding DX11 support to this FPS title (alongside major performance improvements). Due to some lighting changes, fans claimed that Flying Wild Hog had downgraded the game’s visuals. This prompted one of the developers to step in and explain what changes were made to Shadow Warrior’s DX11 path.

Flying Wild Hog’s “KriS” (who was doing programming for the DX11 version of Shadow Warrior) said that the game’s foliage system was completely replaced, the shadow filtering algorithm was improved, the in-game SSAO was totally rewritten, and that the lighting was changed by the company’s graphic artists.

In short, Flying Wild Hog claims that it did not downgrade the visuals, despite the huge performance gains witnessed thanks to the game’s DX11 path.

Before closing, we should note that under DX11, Mirrors are being handled by the GPU instead of the CPU. In DX9 mode, Mirrors were being handled by the CPU, something that – despite early arguments from a number of our fans – was unveiled during our PC Performance Analysis article. Guess our ‘older’ PC system served its purpose by exposing such optimization issues after all, don’t you agree?