Devolver Digital has revealed that it will demo Absolver, STRAFE, Shadow Warrior 2 and a new title from Croteam at this year’s E3. Now what this new Croteam title could actually be? Well, the official Serious Sam FB page has – possibly – spilled the beans, hinting at an official reveal of Serious Sam 4.

As Croteam claimed in Facebook, things are about to get ‘serious’. And naturally, the official Serious Sam FB page shared that post. So it’s almost certain that this new Croteam title is no other than Serious Sam 4. 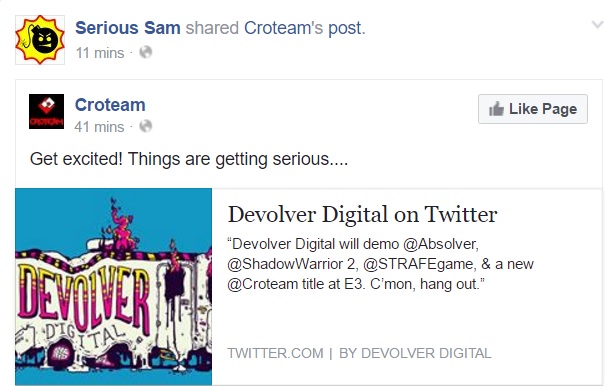