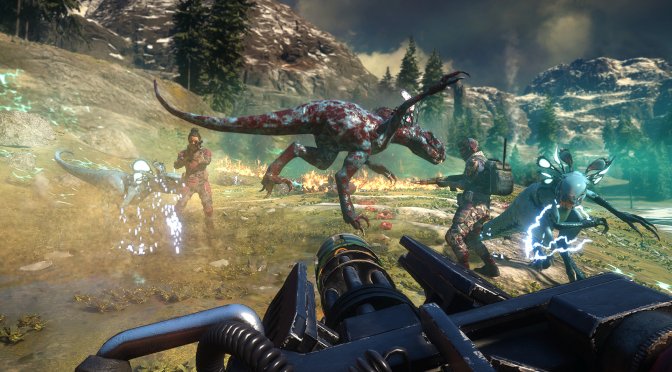 Second Extinction is a co-op shooter, players will team up with up to two other resistance fighters to fight dinosaurs. This game was meant to hit Steam Early Access earlier this month. However, and due to the COVID-19 pandemic, the game was slightly delayed. And today, Systemic Reaction revealed that the game will come out on October 13th.

According to the team, the Early Access version will feature fast-paced FPS combat, player progression and rewards. It will also have the War Effort Mode; a community-driven meta game where players actions alter map status. Early Access will allow the team to further improve the gameplay, and add new content to the game.

Going into more details, the Steam Early Access of Second Extinction will feature: