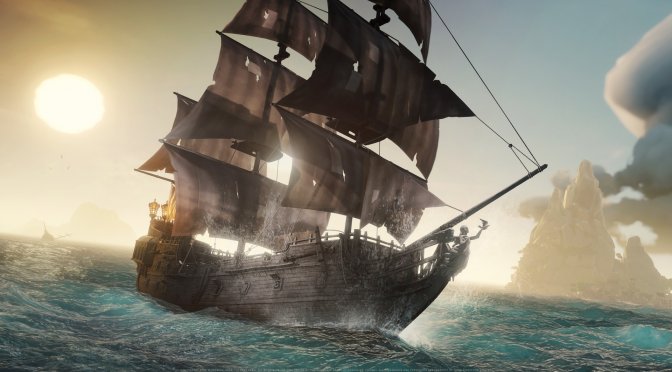 Rare announced that Sea of Thieves had its best month in June as it saw 4.8 million active pirates out on the water. In addition, the team detailed and released the game’s August Update.

Sea of Thieves: A Pirate's Life - A Record-Breaking Update!

The August Update adds a brand new crop of Disney’s Pirates of the Caribbean cosmetics in the Pirate Emporium. Therefore, players can transform their ship into a vessel of purgatory with the Cursed Ferryman Ship Collection, make pirates think they’re facing a harbinger of the abyss with the Davy Jones Cursed Costume Set, or adopt a simian sidekick dressed like that dread figure himself in the form of the Condemned Captain Monkey pet.

This latest patch also brings a number of gameplay enhancements. For instance, Rare has made some improvements to how bullets are affected by the velocity of a moving ship, providing a small improvement to ranged weapons fired from moving ships.

Moreover, the August Update improves server and client stability. It also fixes a number of bugs. For example, sharks will no longer chase players out of the sea and swim up onto the beaches.

As always, Steam and Windows Store will download this patch the next time you launch their clients. You can also find its complete changelog here.