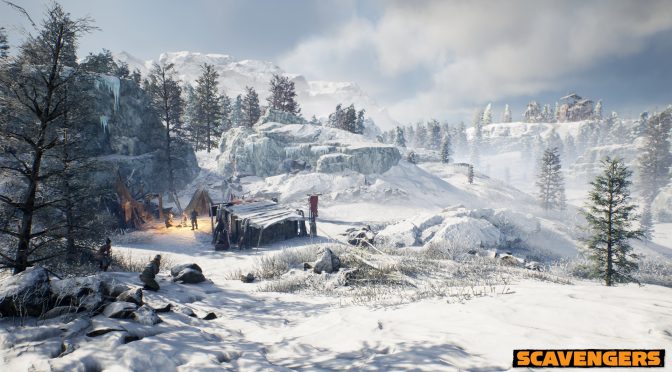 Midwinter Entertainment has just announced class-based co-op survival game, called SCAVENGERS. According to its official website, SCAVENGERS promises to bring the excitement and unpredictability of class-based teambuilding to its unique blend of competitive and cooperative survival gameplay.

“In a not-so-distant future, a cataclysmic event has led to a new ice age, and a vast, frozen wasteland awaits exploration. The best chance of overcoming the challenges of this post-apocalyptic world is by working together. Faced with extreme weather and limited resources, hostile inhabitants and opposing players, explorers must team up to complete objectives, improve their gear, weapons, and tools, and ensure the survival of the human race.”