Rumour alert everyone; it appears that a demo for the upcoming remake of Resident Evil 2 may be included in Resident Evil 7. As the title suggests, this is a rumour, therefore we strongly suggest taking everything you are about to read with a grain of salt.

Reddit’s member ‘zisforzombiez’ has discovered the following id code in the opening sequence of Resident Evil 7: Beginning Hour. As we can see, this code is similar to the product id number of the first Resident Evil for Playstation 1 that included a demo for Resident Evil 2. 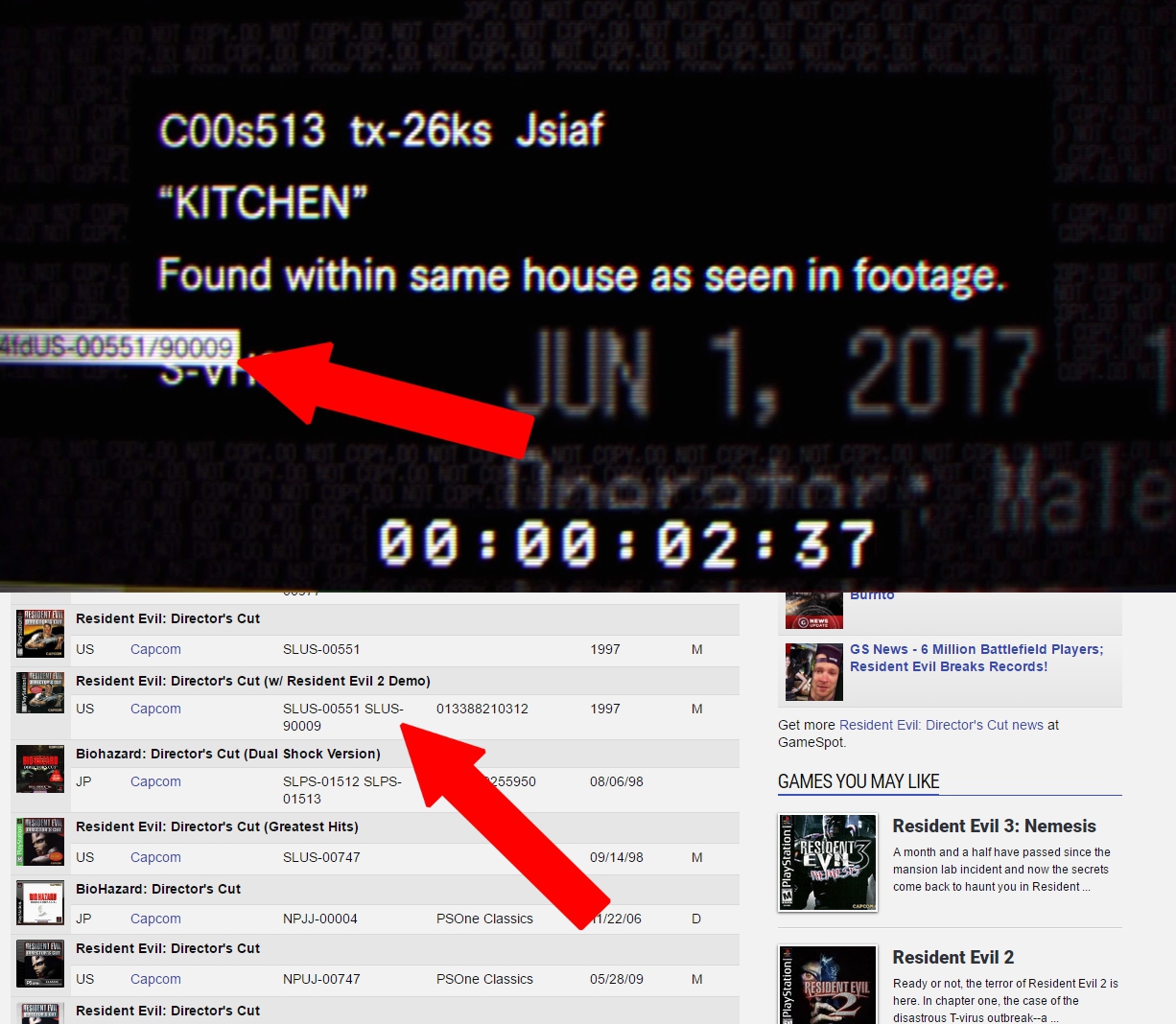 Now this could be just a coincidence, which is why we’ve marked this story as a rumour. Still, it does sound possible.