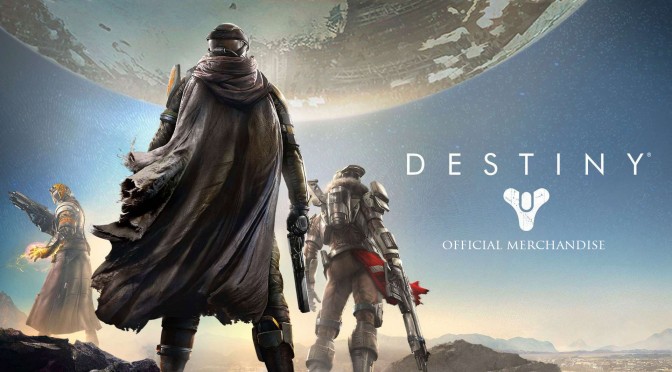 We’ve been hearing about a PC version of Destiny 2 for a while, however we decided to refrain from publishing anything until we had more information.

Earlier today, NeoGAF’s member ‘benny_a’ claimed that Destiny 2 would be coming to the PC. Kotaku then published an article, claiming that this rumour was indeed true. And then, industry insider ‘shinobi602’ revealed that the game is coming to the PC, and revealed some new information about it.

According to shinobi602, Destiny 2 is coming to the PC and will feel like a completely new game.

“Destiny 2 is being overhauled so that they can build upon it in the future without having to work within the frame work limitations that D1 setup. Right now, the way things play out, we have to introduce playspaces so that players can engage in systems or activities, but it creates a huge barrier that must be overcome on both the networking & design side so, they’re going to do more open playspaces that incorporate towns, outposts, etc into more common areas. This means fewer hardlines for areas and having them be gated by menus. Goal is to have players conducting things & making activity decisions while still in control of their character, instead of having to exit out into an activity hub. Think of how in WoW, you hit a button and queue into activities you want to do all while still playing your character. “

Destiny 2 will feature a better storyline and there will be major narrative changes in terms of plot direction, pacing & structure. The game’s render tech will receive an overhaul as it will no longer support old-gen platforms (X360 and PS3). New races and factions are also planned.

“Major narrative changes are on board for D2. Both in terms of plot direction, pacing & structure. Major focus is going to be on the Cabal & Saturn. Saturn is a playspace is set to be bigger than all of the playspaces currently implemented in the game combined. This is in large part of the scale of playspaces being redesigned, so it’ll be both bigger & denser with activities. There’s a reason Guardians take the fight to Saturn.

Major changes to the engine are occurring. Their render tech has gone through some major iteration thanks in large part to getting to approach it without having last-gen as a limit. Because of this, they are still undecided what, if any, of Destiny’s old content, both in terms of playspace, areas, Strikes & raids, will be available through D2. There is talk in possibly allowing D1 remain as its own client, which flies against how Destiny currently operates, where as the new content renders the old client & content obsolete.”