The first model (speculated to be AMD’s Radeon 390) will pack 4096 Shader Processors running / 64 Compute Units at 800Mhz with 4GB of graphics memory.

The second model (speculated to be AMD’s top of the line card, the Radeon 390X) will feature 4096 Shader Processors running / 64 Compute Units at 1Ghz with 4GB of graphics memory that will be running at 1.25Ghz, resulting in 5Gbps of total bandwidth.

As we’ve already said, take everything you just read with a grain of salt.

Guru3D has also shared some benchies from what seems to be a preview version of AMD’s Radeon 390X. Since these charts have not been validated as of yet, we strongly suggest taking them with a grain of salt. Still, if this is any indication of this card’s capabilities, we can safely say that the next round of GPUs will be an exciting one. 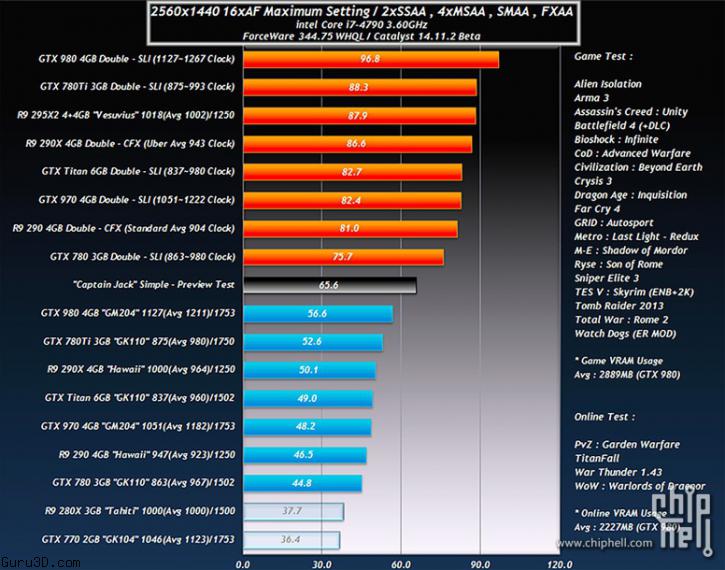 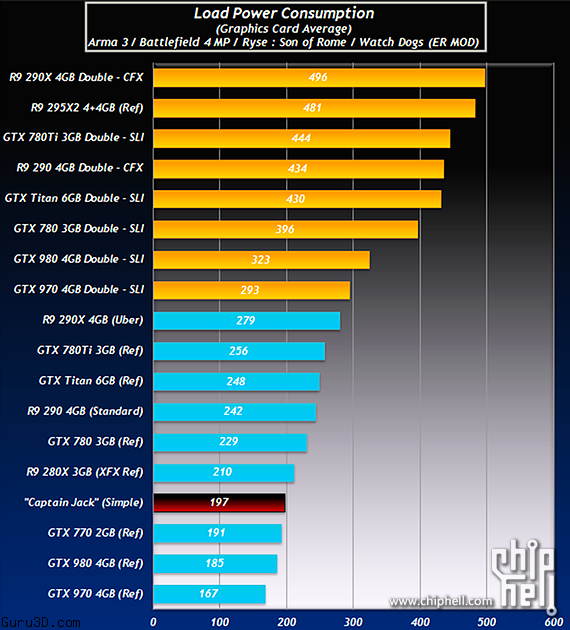