According to Videocardz’s internal sources some leaked specs for AMD’s next-gen 7nm RDNA 2-based NAVI GPUs have been shared. Even though most of the information posted here may turn out to be true, you should still exercise caution with any early leak or rumor until there is some official confirmation from the company. With that being said, let us focus on the specs.

The GPU clock speeds listed below may be for the Reference Model from AMD, since custom AIB cards will have different clock speed values based on the custom PCB/board.

The flagship top-end GPU is the AMD Radeon RX 6900 XT, based on the Navi 21 XTX GPU silicon. The RX 6900 XT maxes out the chip, enabling all 80 CUs (compute units) thus amounting to a total of 5,120 stream processors/SPs. This card will be sold in limited quantities and will be exclusive to AMD at least initially.

Next SKU in the lineup is the RX 6800 XT GPU based on the Navi 21 XT silicon. This card is a cut-down variant featuring 72 Compute Units, which amounts to a total of 4608 Stream Processors. This card is having the same 16 GB 256-bit GDDR6 memory configuration as the flagship RX 6900 XT card, while its engine clocks go all the way up to 2.25 GHz.

The game clock is expected to be 2015 MHz and the boost clock should be under 2250 MHz.

Next we have the AMD Radeon RX 6800 GPU based on the Navi 21 XL silicon. According to the data the RX 6800 non-X SKU will feature 64 Compute Units, which gives a total of 4096 Stream Processors.

And similar to the 6900XT and 6800XT, this variant will also come with 16 GB GDDR6 memory and a 256-bit wide memory bus interface. As per the report, the clock speeds for this SKU are lower. The card is expected to have 1815 MHz as the game clock and 2105 MHz as the boost clock speed value.

Since the RX 6700 XT maxes out the Navi 22 chip, we expect the RX 6700 non-XT variant to feature fewer CUs, most probably 36. The memory configuration should remain the same though, featuring 12 GB of GDDR6 VRAM on a 192-bit wide memory interface bus, but this hasn’t been fully confirmed yet.

Similar specs have also been shared by Coreteks as well, with some minor changes to the clock speeds. According to Videocardz, AIBs will release their custom cards next month, but the AMD reference design card will get the first priority. The reference cards will even have a separate review embargo date.

We also have some info to share on one AMD Radeon RX 6800XT board partner custom card. According to Igor Wallossek from Igor’s LAB, an exclusive custom AIB graphics card based on the Navi 21 GPU will feature a boost clock of 2577 MHz.

Igor used the MorePowerTool app to read the data from the BIOS/firmware, which also reveals that the maximum allowed GPU boost clock speed is 2800 MHz, which is an extremely high clock. This frequency can only be achieved via a Liquid Nitrogen cooling solution, so this value makes little sense for most of the gamers.

But nonetheless, it gives us an idea about the efficiency and refinement of the new RDNA 2 GPU architecture powering these cards, assuming this finding from Igor is accurate. 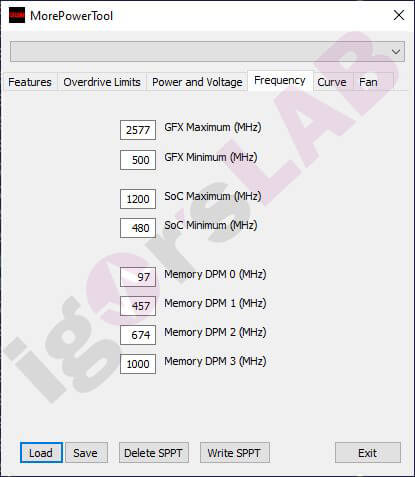 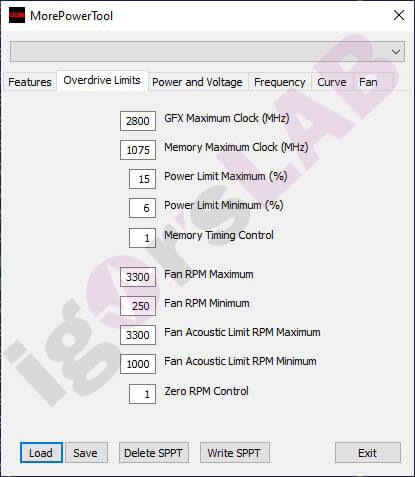 RDNA 2 GPUs are expected to be fabbed on an optimized 7nm process node, and they will support hardware-level ray tracing as well, and are expected to deliver a 50% increase in performance per watt over previous-gen RDNA arch.

Along with an improved performance-per-clock (IPC), and logic enhancement that helps reduce the design complexity and switching power. The GPU clock speeds are also going to get a boost.

AMD plans to showcase its Radeon RX 6000 NAVI GPU lineup on October 28th, based on the new RDNA 2 architecture.  John will cover this live event showcase.