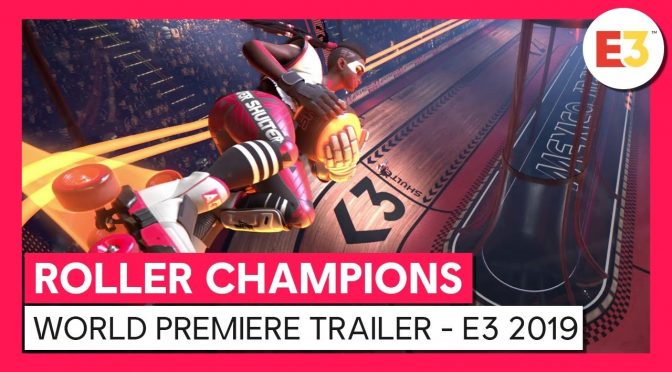 Players will compete in matches between two teams of three and roll up to glory, compete in bigger stadiums by winning matches and gaining fans. Players will feel the thrill of riding up and down the wall of the arena, tackling their opponents, and dodging them at just the right moment to make as many laps as possible.

Ubisoft has also announced that a pre-alpha E3 2019 demo is currently available for download. Yeap, you read that right; you can go ahead and download a demo of this new F2P sports game and get an idea of what this is all about.