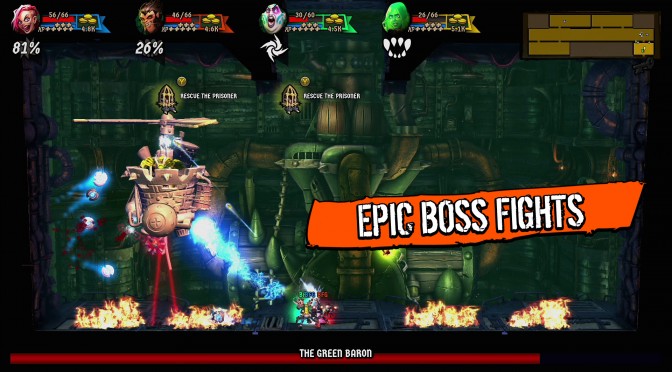 Black Forest Games, developers of the hit Giana Sisters series, announced today that Rogue Stormers will be leaving Steam Early Access on March 24th. Rogue Stormers will feature on-and-offline co-op with up to four players, and will be priced at $19.99, with phat discounts for 2-Packs ($29.99) and 4-Packs ($49.99).