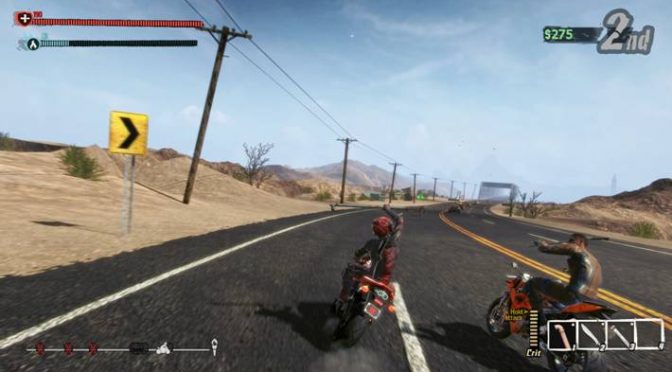 PixelDash Studios and EQ Games will be focusing on the current-gen version of Road Redemption will cancel its old-gen versions.

“What happened with Mighty Number 9 shows that a potentially great game can be dragged down by trying to bring it to too many platforms. By putting the focus on PC, Mac, Linux, XboxOne, and PS4, we can maximize Road Redemption’s physics, AI, and visuals,rather than be hamstrung by trying to support lower spec machines.”