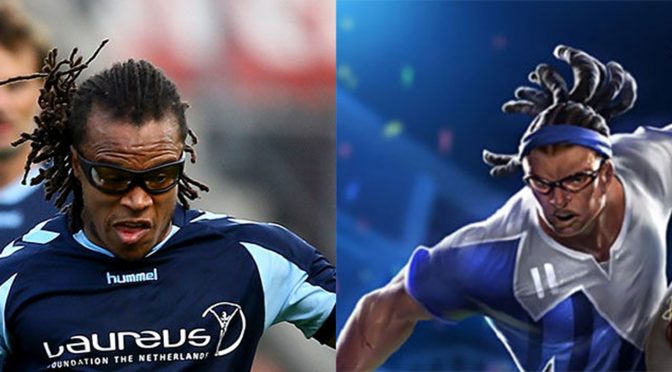 League of Legends has hundreds if not thousands of skins created for the game, some have easter eggs and are specifically designed to not necessarily represent characters from other games but there is no doubt similarities, which makes purchasing the skins that much more better.

In this case though Edgar Davids a former professional footballer has taken Riot to the Netherlands court over the Striker Lucian skin which strangely does resemble Davids quite clearly. It is not known if Riot specifically designed this skin copying the look of Davids but it is known that before the Law suit was taken to the Netherlands court that Davids actually thanked Riot for the skin.

The Netherlands court has ruled in favor of Davids and is now forcing Riot to show authoritories how much profit and money was generated from the Striker Lucian skin so a compensation amount percentage can be forwarded to Davids.

This entire charade has angered some League fans as they argue that Davids knew about the skin since 2014 and even thanked Riot for it only to sue them years down the track for a percentage of the profits made between the release of it and now. Riots argument to the court of Netherlands was that players of League would recognise Striker Lucian as Lucian first and not Davids but this was not enough for the court and ruled in favour of Davids.