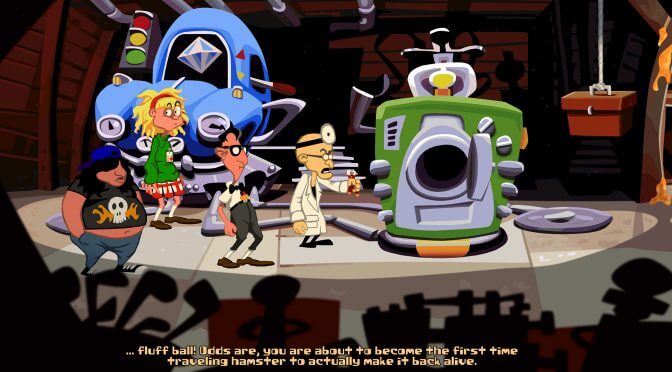 Adventure fans, here is something special for you today. Some fans have been working on an unofficial sequel to Day of the Tentacle, called Return of the Tentacle, which is available for download.

The game’s story is linked to the predecessor. Purple Tentacle is back and tries to conquer the world and enslave humanity once more. In order to save the world, the three friends Bernard, Laverne and Hoagie make their way back to the mansion of the mad scientist Dr. Fred.

In Return of the Tentacle, players will hunt down megalomaniacal Tentacles, have bizarre conversations and solve crazy puzzles. Players will control the characters Bernard, Hoagie and Laverne like in good old 2D Adventure times using their mouse and a modern interface, and they will walk through hand-drawn backgrounds with lovingly animated characters, mood music and soundscape.

Return of the Tentacle - Trailer