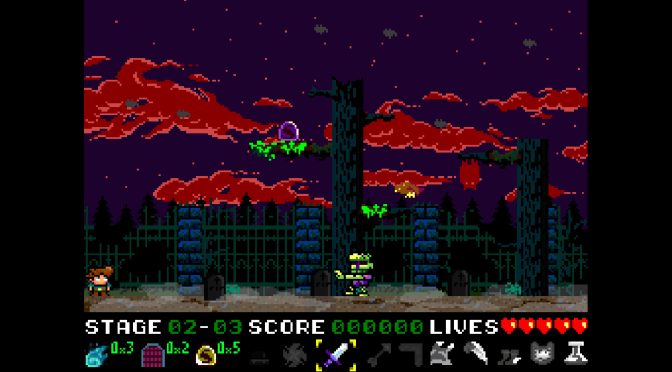 Luegolu3go Studios has announced that its retro-style action platformer, Nogalious, is now available on Steam for $9.99. Nogalious is a pixel-art action adventure set in a medieval-themed universe with plenty of puzzles and menacing challenges. Players will take on the role of Nogalious, a former knight of the Kingdom of Rusadir, and explore 5 different worlds to save your daughter Mariet from the evil claws of Darama.

Nogalious is a retro-style action platformer that pays homage to the era of classic 2D platforming on 8-bit personal computers –currently available on PC, MSX, Commodore, Amstrad and Spectrum. Players will explore 5 different worlds and go through cozy dungeons as they revive the magic of the late-eighties. This is the first title of a trilogy that tells the story of Nogalious, his daughter Mariet, and the evil Darama.

Luegolu3go Studios has also released a new small trailer that you can find below!