As promised, Capcom has just released the PC demo of Resident Evil 7. According to the team, the PC version features numerous PC exclusive options, as well as extensive graphics settings. 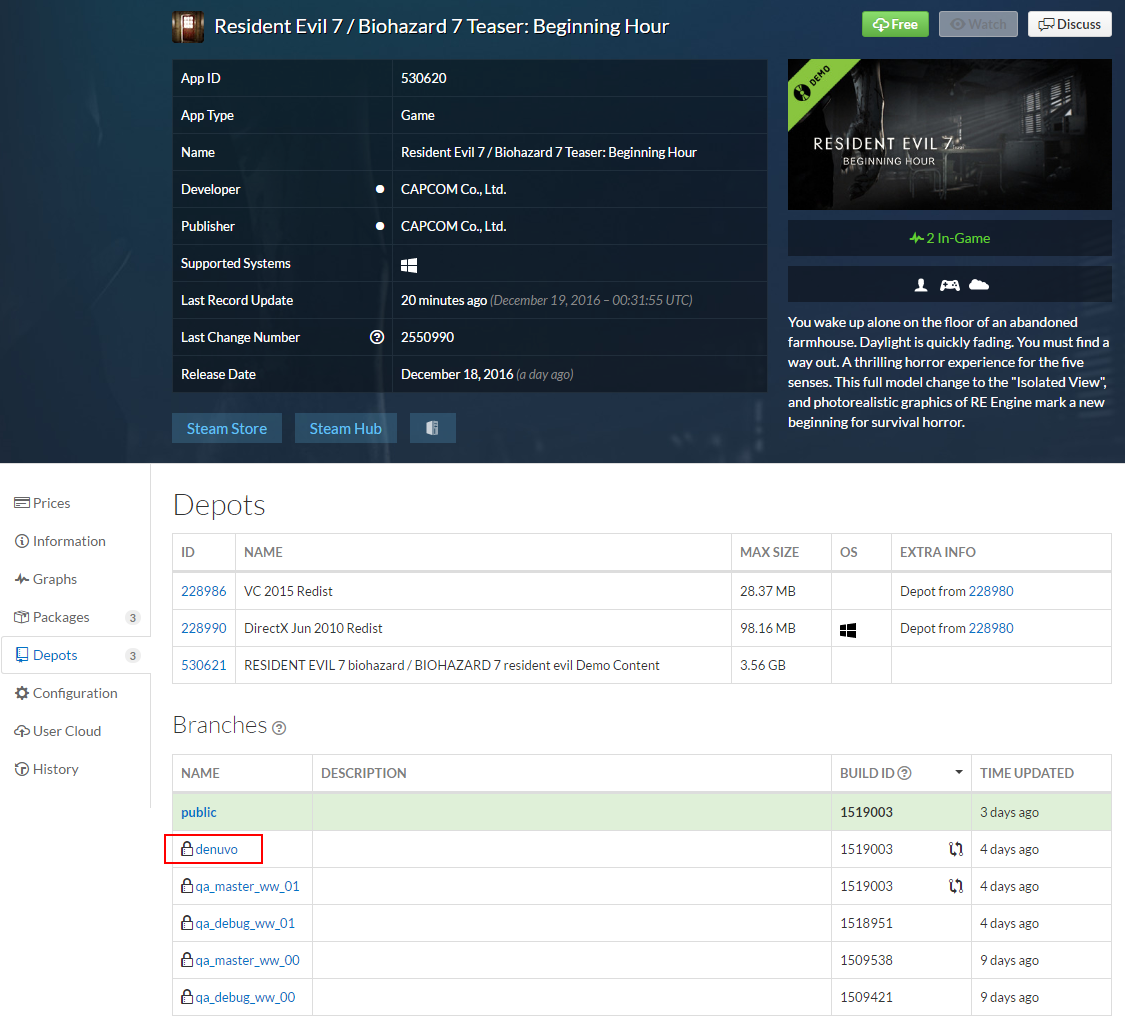 Resident Evil 7 is powered by the RE Engine and promises to deliver a disturbingly realistic experience that will define the next era in horror entertainment.

This demo will give you an idea of how Resident Evil 7 runs on the PC, and here are the graphics settings that Capcom has implemented in it: