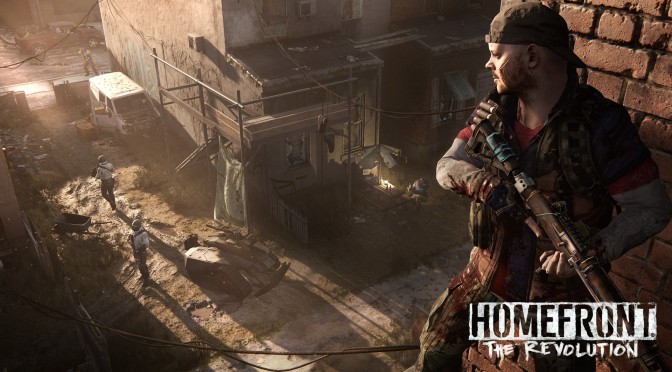 Things are definitely not looking good for both Crytek and the new Homefront title. Last month, we informed you about the difficulties the German studio is currently facing and today, Kotaku reported that the game’s director has resigned. So yes, Crytek is going downhill as we speak unless the company somehow finds a way to: a) deny all the latest rumors with facts instead of PR statements and b) miracle happens.

As Kotaku claimed, Homefront: The Revolution’s game director Hasit Zala (who was also director of Warface) resigned from his position at Crytek UK. And Hasit is not the only one that has left Crytek.

“Crytek UK development manager Ben Harris also left the studio this month, and a number of other people have either left or are openly looking for new employment as of this week, sources say. The exact number is hard to pin down, as Crytek UK is in flux as staff await news on the studio’s future, but the departures includes senior leadership—just two weeks ago, studio head Karl Hilton confirmed to me that he was leaving his role, though he said he plans to stay within the company.”

Kotaku also reported that both Crytek and Deep Silver denied to comment about this latest story, something that should worry all those interested in this new Homefront title.

Our guess is that if Crytek goes down, Deep Silver will get the franchise and give it to another developer. Of course, that’s the worst-case scenario.

Moreover, it remains a mystery what will happen to CRYENGINE if Crytek goes down. Pitty, as CRYENGINE has a lot of potential.