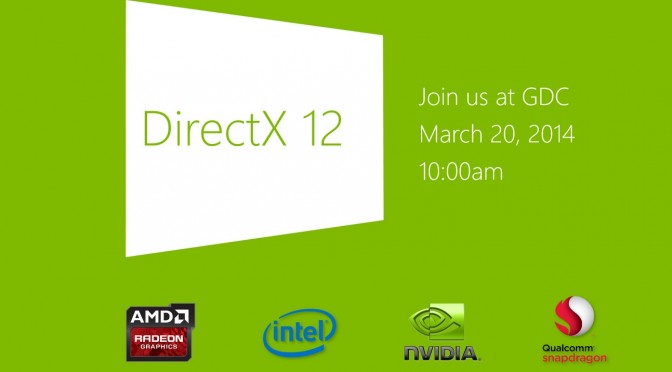 Since its initial announcement, a lot of PC gamers wondered whether DX12 would be exclusive to Microsoft’s new operating system or not. Well, it seems that this new API will be indeed exclusive to Windows 10, as the official Twitter account of DX12 basically confirmed it.

The fact that: a) Microsoft has never mentioned DX12 coming to Windows 7/8.1, that b) the DX12 Twitter account mentions only Win10 for DX12 and that c) DX12 is always mentioned alongside Win10 this far in every official report basically confirms our fears that this new API won’t appear on older operating systems. Not only that, but RPS was also told that DX12 will be exclusive to Windows 10.

When a fan asked whether his Titan card is compatible with DX12, NVIDIA replied and said: