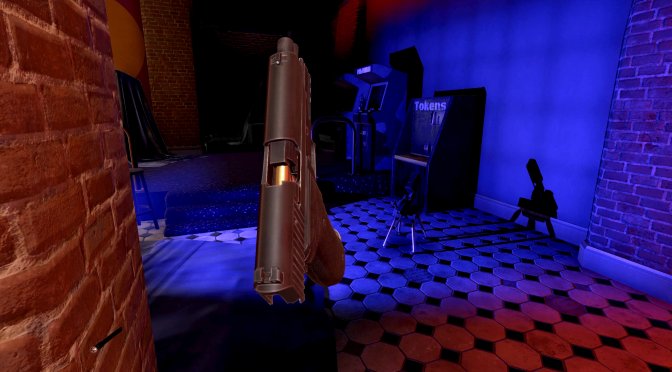 Wolfire Games has announced a sequel to Receiver; their FPS that is sometimes described as “QWOP for guns”. Instead of pressing R to “reload”, pressing R will “rack the slide”, which usually just ejects chambered rounds uselessly onto the floor. Therefore, the player must figure out how to load each sidearm exactly how they would in real life.

Receiver 2 will launch with eight different sidearms, including the Beretta 92FS, Colt Single-Action Army, and the iconic Desert Eagle. While the original Receiver simulated the major moving parts of each gun, the new game simulates every single internal mechanism down to each spring and screw.

“That seemed like the most direct way to make sure they function realistically. Instead of creating a complicated flow chart, we just apply the player controls to the simulated sidearm and see what happens. That includes common malfunctions that can generally be cleared with the immediate action drill, though the double-feed is a bit more complicated.”

Receiver 2 will be a single-player experience with support for mouse and keyboard. The game will not support any VR devices, and will come out on Steam in early 2020. Below you can also find its key features, as well as its first screenshots.